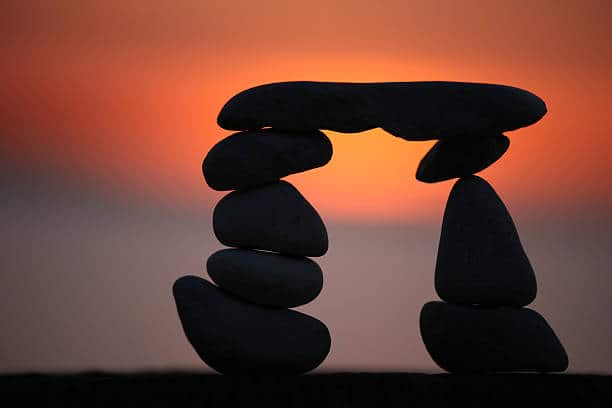 As Infrastructure & Operations (I&O) teams battle the ever-increasing complexity of the digital infrastructure environments; public clouds, hybrid clouds and on-premises data centers, they are looking for newer technologies to alleviate the complexity of the IT Infrastructure.  Throw in the technologies of Cross-Domain Orchestration, Orchestration and Automation; this leaves the I&O teams wondering which technology suits them the best?

The easiest way to break down the requirement is understanding the difference between automation and orchestration.   There is a plethora of terms to sift through; viz.  cross-domain orchestration, automation, orchestration, network orchestration, etc. I&O teams need to focus on the capabilities of these technologies to reach the promise of making their jobs less stressful and easier to manage. So, what makes life easier for the I&O teams; Orchestration, Automation or new the new buzz word Cross Domain Orchestration? These terms are used interchangeably by the industry veterans and amateurs alike but yet they have distinctly different meanings and functionality.  Let’s explore the similarities and differences.

All these terms imply one very fundamental tAll these terms imply one very fundamental goal, “That somehow Things will happen magically on its own with no human intervention”. Well, the goal is definitely correct, but it is the “Things” that were not defined well enough to highlight the difference. That “Thing” is different for different I&O teams;

Each of these above tasks are being performed with one simple command, a script or by the push of a button. They do address the fundamental tenet of Things happen with no intervention, but it the definition of the “Thing” that brings out the distinction between Automation, Orchestration and Cross Domain Orchestration.  This blog defines the difference between these terms with reference to IT Operations.

The three terms have their own individual definition and its place in the evolution of IT Operations. Figure 1 shows the different areas where Automation and Orchestration is relevant with respect to I&O teams.

As the figure above shows there are several areas or “domains” in an IT environment where automation is relevant. Some of the domains shown are Cloud/Virtualization, Storage, Network, Security, Observability and ITSM, but there are several more domains relevant and important for a digitized business to function efficiently.

Each of the personnel in the I&O team, e.g., Cloud/Virtualization, Network, Storage or Security administrators work on their specific domain to perform Automation tasks to ease their operations. Each of these administrators are working in their own silos most of the times coordinating their jobs using an Information Technology Service Management (ITSM) ticketing system. Each of the operators update the ticket with the relevant information and assign it to the next co-worker in a different domain to ensure that all the tasks associated with the request are completed.

Sometimes they tend to string tasks together within the domain to make the operations on a particular domain more repeatable, efficient and easier.  Figures 2 and 3 show some of the individual tasks that need to be performed by each of the I&O teams to perform a simple task of creating a new Virtual Machine.

Each of the tasks listed in the above example can be individually performed by the respective I&O team or they can decide to perform these tasks as one “automation” task. Each of these tasks perform one specific operation on the target end system, be it creating a new data volume or configuring a set of ports. As you can see here, these Automation “Things” or “Tasks” are aiding individual operators to ease their burden of performing repetitive, mundane tasks in a more efficient manner.

“Automation” is the ability to perform individual, independent tasks on a specific target end system in a specific domain.

In order to ease the burden of the individual operator, it is evident that just automating individual tasks within a domain lacks the ability to bring about the efficiency needed. So, some of the operators or tool vendors provide the ability to perform multiple tasks of a particular domain in one operation or in other words “Orchestrate” the operation to gain efficiencies. As shown in Figure 4. The security admin can string a set of tasks or automations into one operation to aide in making their job easier. This is the “Orchestration” of multiple automation tasks.

“Orchestration” is the ability to string a set of individual automation tasks into one operation on a specific domain.

The ability to complete independent automation tasks as one Orchestrated operation does not still solve the issue the business faces getting the complex IT environment that touches multiple domains of operations. It is like running a relay race where domain operator has to wait for the baton to be passed along with the relevant data every time a simple tasks of creating VM or container is to executed. Even when it is done, it takes a long time, days sometimes weeks and it takes one of the tired operators to fat finger an IP Address and the entire operation is erroneous.

The ability to complete independent automation tasks as one Orchestrated operation does not solve the issue of managing a complex IT environment that touches multiple domains of operations. It is like running a relay race where a domain operator has to wait for the baton to be passed along with the relevant data every time a simple task of creating a VM or a container is executed. If one of the domain operators is slow to pass on the baton, this means the whole business need is at a standstill. Even when it is done optimally, it takes a long time, days sometimes weeks and all it takes is one of the tired operators to fat finger an IP Address and the entire operation is erroneous.

The need to Orchestrate across domains of the IT environment becomes inevitable as the IT environments become more and more complex. Orchestration across domains will ensure the correctness of the operations between domains by programmatically passing the data needed for each of the tasks to be performed. It also provides the individual domain operators a chance to off load the repetitive, mundane tasks to perform more valuable higher-level tasks to optimize the IT Infrastructure.

“Cross-Domain Orchestration” provides the ability to perform automation across multiple IT domains as a single workflow.

In the above example each of the tasks described in Figures 2, 3 and 4 are performed as an orchestrated operation and all these operations are strung together into a workflow of “Cross-Domain Orchestration”. The ability to pass results/parameters from one domain orchestration to the other makes this workflow fool proof to ensure that the workflow produces the same result no matter how many times it is executed.

It is obvious that each of these terms “Automation”, “Orchestration” and “Cross-Domain Orchestration” has its place in enhancing the operational efficiencies of an IT Infrastructure. The adoption of the right technology will yield the optimal result for the operation at hand.  Using the right toolkits to perform the right type of automation or orchestration of tasks will provide the maximum benefit for preparing and accelerating digital transformation of a business.