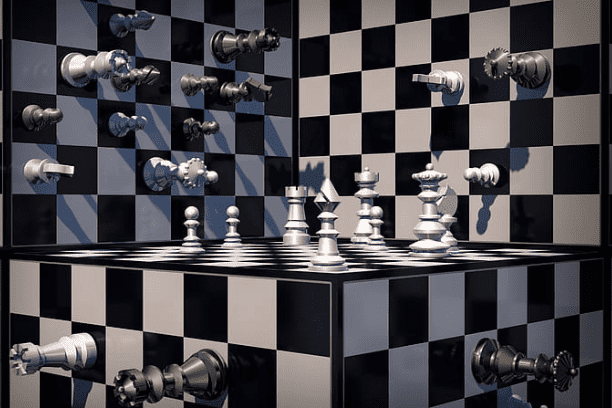 IT Infrastructure: Why Complexity Isn't Going Away - Part I

How we got stuck with infrastructure complexity

Here’s a simple problem 1Daniel Kahneman, Thinking, Fast and Slow. And the answer is: the ball is five cents.:

A baseball bat and a ball cost $1.10 together, and the bat costs $1 more than the ball. How much does the ball cost?

Our gut-level instinct is to quickly answer, “10 cents.” But that answer is incorrect. The prompt is intentionally misleading. So when we think about infrastructure technology, if our brains incorrectly answer a simple math problem, how can we expect those same brains to manage systems with thousands of servers and millions of interactions?

When we look at how IT infrastructure has evolved over the past decades, we see that with that progress also comes years of accumulated tech debt. Back in 2010, enterprises and the government still did not trust cloud computing, even though Amazon had launched EC2 four years prior. And though cloud services were common by 2015, there are still businesses working to get from on-premise to cloud.

Think about what modern innovations will make your current tech stack old and crusty. There are microservices, service mesh, serverless, cloud-native, data lakes, hyper-converged, AIOps, IaC, SD-WAN, Zero Trust, and on and on will the evolution of technology march.

And here’s the rub: As tech evolves, these “innovations” will ultimately become additional originating sources of infrastructure complexity.

In relation to a simple math problem, the flip side of technological innovation is the human capacity to deal with this compounding complexity. As multiple individually complex systems become interconnected and integrated into business processes, every business will have unique and unmanageable permutations of infrastructure complexity.

Companies do all they can to recruit knowledgeable staff and build efficient teams, but 76% of IT decision makers are facing a talent shortage. And as infrastructure evolves through technical change, these highly-skilled people, if the business can hire them, are faced with the challenge of extracting the positive business impact their tools promised. More often than not, infrastructure and operations teams are stretched to the limit just dealing with the day-to-day challenges of managing existing infrastructure.

If those teams are paid just to manage tools, how will businesses ever get the value they originally bought the tools for?

One recent study found that infrastructure complexity can increase operating costs by as much as 61%. More people to manage more systems and then even more people to extract value.

Just one look at Gartner’s Emerging Technology Roadmap for Large Enterprise should be enough to scare any technologist. The sheer number of emerging tech being deployed and piloted is astonishing. And with worldwide IT spending forecast to reach $4.4 trillion in 2022 plus the aforementioned talent shortage, what could possibly go wrong?

Eventually, complexity invades so much of the business, their primary business is no longer what it once was. Instead of pharmaceuticals or shoe manufacturing, they’re in the business of hybrid-cloud and multi-cloud infrastructure—not a business they want to be in.

Complexity is a business risk

To put this into perspective, imagine a healthcare business that heals sick patients. They also have to ensure their medical records and data are secure and meet multiple compliance standards. But their teams spend so much time and resources just making their services work together, that soon the business’ primary expenditures and focus are on data security, not healthcare.

Does your business want to be in the business of infrastructure?

There’s a good reason that Fortune 500 companies don’t run their entire business on a Facebook page or Shopify market. Large enterprises have accordingly large problems to solve and they can’t afford to leave money on the table with non-trivial revenue-sharing agreements and platform fees.

These enterprises would rather own their business platform and retain maximum revenue and potentially position themselves to become the marketplace. And while infrastructure enables the business, its increasing complexity can also inhibit flexibility, agility, and innovation.

At some point, businesses large and small reach an inflection point at which managing infrastructure becomes a difficult, expensive, and unavoidable pain. It manifests as unplanned downtime, lost productivity, and compromised customer experience. These adverse events increase in frequency and teams have to focus on fixing problems, not enabling the production of competitive products and services.

In the absence of a comprehensive blueprint to address complexity and technical debt, IT leaders flounder, adopting disparate tools in bouts of siloed automation.

What they really need is a well-integrated platform that delivers a blueprint that addresses complexity and technical debt, then paves the path to infrastructure that is essentially autonomous.

Infrastructure can and should be autonomous

Autonomous infrastructure is powered by XAI, or explainable AI, which identifies anomalies and auto-remediates failures across technology domains.

Infrastructure complexity does not diminish over time—it continually increases. Full autonomy appears to be rapidly approaching a level of maturity for mass adoption, as we’ve seen with autonomous tech like Tesla’s full self-driving (FSD) vehicles.

That’s an incredible disparity in favor of autonomy. To create such flabbergasting results, Tesla didn’t just “do” autonomous driving—they had to plan to do so, and create the correct conditions for it.

The first step toward autonomous infrastructure is intent to deliver it, and this is an undertaking Orchestral.ai has been preparing for for quite some time. The time has come for enterprise infrastructure to become self running, self healing, reliable, resilient, efficient, and impervious to disruption and downtime.

Infrastructure complexity is not going away; in fact it only increases every year. The only way to meaningfully diminish complexity will be to reorient how we think about it and set the intention for autonomy.

In Part II of this series, we’ll survey a set of use cases that deploy the building blocks of autonomous infrastructure, and explore the impact that Orchestral’s Symphony platform is having on enterprises across industries.