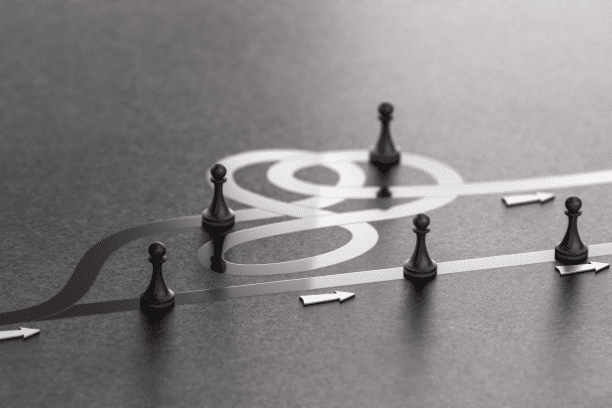 This is part 2 of a 4-part series about IT infrastructure complexity, its impact on costs, risk, agility and what enterprise leaders should be doing about it. Feel free to check out “IT Infrastructure: Why Complexity Isn't Going Away - Part I”

Towards an autonomous "new normal"

When the telephone hit the scene, The New York Times fretted that it would create a “race of left-eared people” because (anecdotally) most people put the receiver over their left ear. (The Times also worried the telephone would cause rampant rudeness, but that might not be the sole fault of the telephone).

In 2009, then-CEO of Microsoft Steve Ballmer was just one of a number of tech executives who ridiculed the brand new iPhone, boldly proclaiming, “There’s no chance that the iPhone is going to get any significant market share. No chance. It’s a $500 subsidized item.” We all know how that turned out.

All new technology faces some degree of initial skepticism when it hits the market—but this reluctance is psychological, not technological.

Here are just a few ways we could see autonomous infrastructure normalized in tech stacks in the not-too-distant future.

A decade ago, governments still worked on paper; today, it’s migrating to digital. But there’s a tradeoff: Potential data breaches and constant attacks from malicious actors with bot armies.

Amongst all tech domains, security is arguably undergoing the most change and expansion of scope and scale. Storage, networks, application development, and data are bounded, well-understood, and require less energy and attention than security.

The security domain is totally unbounded—infrastructure is full of potential security risks. Now, every other technical domain must become security conscious. The more complex a domain becomes, the greater the security implications.

But the most significant source of vulnerabilities? Manual intervention, where simple human error can have catastrophic consequences.

Organizations of every size must deal with the complicated logistics of patch management, configuration documentation, and upkeep. Security policies for sensitive data add further complications, as enterprises must juggle large-scale infrastructure and strict data access policies.

We’ve seen security teams at real-life financial organizations struggle to manage real-time access requests from traders working remotely due to the pandemic. The backlog of internal and external requests continues to grow, employees are unable to execute transactions at market speed, and customers grow frustrated.

For autonomous infrastructure, complex, cross-domain workflows are no challenge; policy management and configuration management database (CMDB) updates are standard operating procedures. High-complexity workflows are completed in under a minute with 100% accuracy.

Networks are conceptually simple—until you’ve connected everything to everything, siloed and compartmentalized, deployed your CMDB, then reconfigured and virtualized your reconfiguration. At this point, you just pray your network architect doesn’t quit or get hit by a bus.

Enterprises that haven’t fully migrated to the cloud are running some form of hybrid infrastructure. Monitoring and configuration services should take account of  every device, but they don’t always neatly integrate with the CMDB, making it challenging to keep real-world configurations aligned with the system of record (i.e., the CMDB).

Over time, a “configuration drift” emerges, where the actual configuration of various network elements differs from the CMDB. This poses potentially serious security and compliance risks and the risk of downtime due to configuration conflicts.

When engineers are too busy trying to deal with day-to-day business issues, they may neglect  to correct configuration drift. With each incident, there is a panicked scramble to understand the root cause and to remediate. Executives ask, “Why is the network down? How is it supposed to be configured and why is it different from what it’s supposed to be? Didn’t we buy the CMDB system specifically to fix this problem?”

Suddenly Slack DMs are flying with nervous network engineers back channeling each other asking why the execs are getting involved.

It’s tempting to believe these problems are due to technology choices, but that’s only partly true. The real issue is that the process is inconsistent due to manual human intervention. Eliminating configuration drift requires discipline. Systems of record are often inherently flawed by their inability to pull live configuration data from an endless variety of constantly changing systems, so humans are left to manually figure out the best way to capture data. In more mature shops, provisioning and de-provisioning may be automated by sophisticated workflows, but there’s often a gap in remediation and incident resolution.

Once you go autonomous, you won’t turn back

Remember the first time you used a smartphone, or tried a self-driving car? You probably didn’t want to go back. Autonomous infrastructure has that kind of impact on an enterprise. It puts foundational elements like workflow automation and cross-domain orchestration in place.

The infrastructure problems enterprises face today are avoidable and unnecessary. Just as we no longer have human telephone operators routing calls through physical patch panes, we no longer need humans going to a data center cabinet to manually check the status of NICs and power supplies.

With autonomous infrastructure, humans can focus on work that has higher business impact and value.

As we rapidly approach an infrastructure complexity breaking point, autonomous infrastructure may no longer be an option for remaining relevant, but an absolute necessity.

Will you be ready? Your journey can begin today in preparing for a future where autonomous infrastructure becomes a strategic imperative.

In Part III of this series, we take a deeper dive into the foundational technologies that enable autonomous infrastructure. And, we explore how the Orchestral Symphony platform leverages these innovations to help some of the world’s largest enterprises conquer complexity in their infrastructure.